Even though there are probably a few “Grinches” around, most people love Christmas: you have days off, you are allowed to shop non-stop, you can eat without regrets and people are nicer in general. And most important, you get to spend more time with your family and you can listen to your Christmas song list on Spotify without anyone judging you. At the end of the day, ’tis the season to be jolly.

If you are one of the lucky ones that get to have several days off at Christmas time, or you simply decide to take holidays around those dates, you can be even luckier and visit Barcelona for Christmas. Not only you will be able to see how the city looks even more beautiful with all the fairy lights and decorations (especially the narrow streets of the old town), but you will also learn about Catalan Christmas traditions, which are quite funny, to say the least.

Now that you know what to put in your suitcase, have a look at the following list with things to do at Christmas in Barcelona.

Right in the heart of the city, you will find the most popular Christmas market in Barcelona: the Fira de Santa Llúcia, in front of Barcelona’s cathedral. It will be open from the 30th of November until the 23rd of December. There, you can find nativity scenes and figures, greenery and plants, crafts and traditional Christmas music instruments. All surrounded by a lovely, very Christmassy atmosphere.

However, this is not the only Christmas market in Barcelona. Around the same dates, you can also go to the one in front of the Sagrada Familia. It’s perfect to get a bite of something festive to eat after a visit to the famous temple.

If you are staying near Montjuïc or Plaça Espanya, make sure you visit the Christmas Market at Poble Espanyol. It is something else. Not only it sells the typical things you would find on a Christmas market, it also offers activities for the whole family. 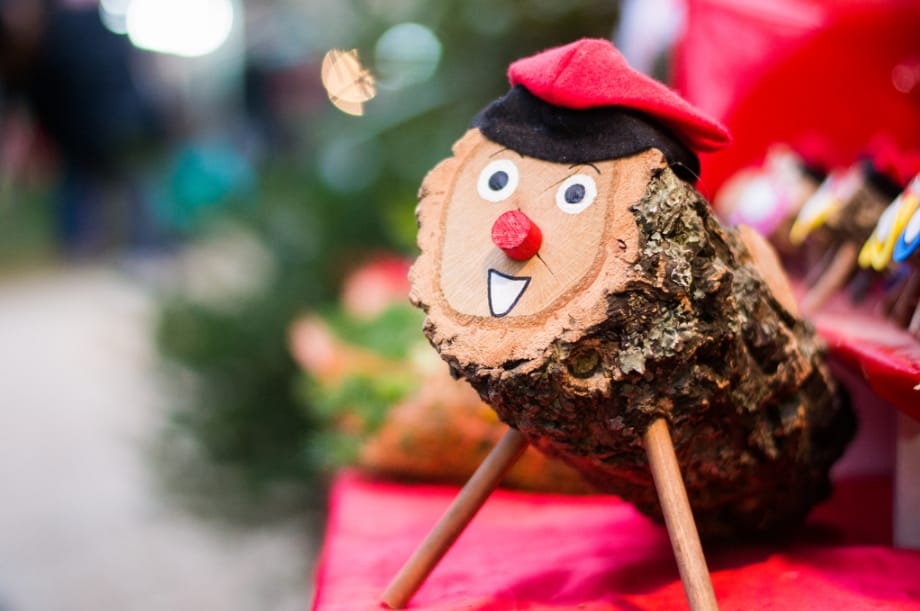 We like to think we are special, but some people might find us a bit weird. Why? Mainly because we have what we call the “Tió” and also the “caganer”.

The first one is a log with a smiley face painted on one end. This would be fine if it wasn’t because we have it in the house for weeks, we feed it and cover it with a blanket (which is very nice), only to hit it with a stick on the 25th of December while singing a typical song, in order to make the log “poop” presents.

The “caganer” on the other hand, is a cheeky figure of the nativity scene. It is a figure of a man wearing traditional Catalan clothes, and we say it’s cheeky because it is – again – pooping. We hide it in the nativity scene and finding it turns into a fun game. The whole thing evolved many years ago, and now you can find “caganers” of famous people, from politicians to celebrities, that are sold on the Christmas market.

If we move forward towards New Year’s Eve in Barcelona, we can find another unusual thing that is done all over Spain: to eat the twelve grapes of luck at 12am. People eat one grape with each ring of the bells and make a wish for each one of them as well. Tradition says that if you manage to eat all of them, you will have good luck for the coming year.

Families tend to gather on Christmas Eve, Christmas Day and Boxing Day, which here is known as Sant Esteve. And of course, they also tend to eat a lot, as it’s done almost everywhere else on these dates. On the night of the 24th, it is typical to have “escudella amb carn d’olla”, which is slow-cooked meat served with its stock and big pasta shells, known as “galets”. If there are any leftovers of the meat (or even if there aren’t), they will be used for the Boxing Day cannelloni that most families eat on the 26th. There is no specific dessert, but after any meal “turrón” will be served. “Turrones” are thick ingots of nougat that have different flavours (even though the chocolate ones are always the winners).

There is another occasion families celebrate too: the King’s Day (literal translation). And this is not what you think, but we’ll explain it bellow. On this day, which is the 6th of January, the dessert is the “Tortell de Reis”. There are different recipes, but the typical one is like a big brioche on the shape of a ring, with candied fruits on top. The fun bit is that it also includes surprises on the inside and, depending on what you get, you will be named king or queen while wearing a cardboard crown, or you will have to pay for the “tortell”. 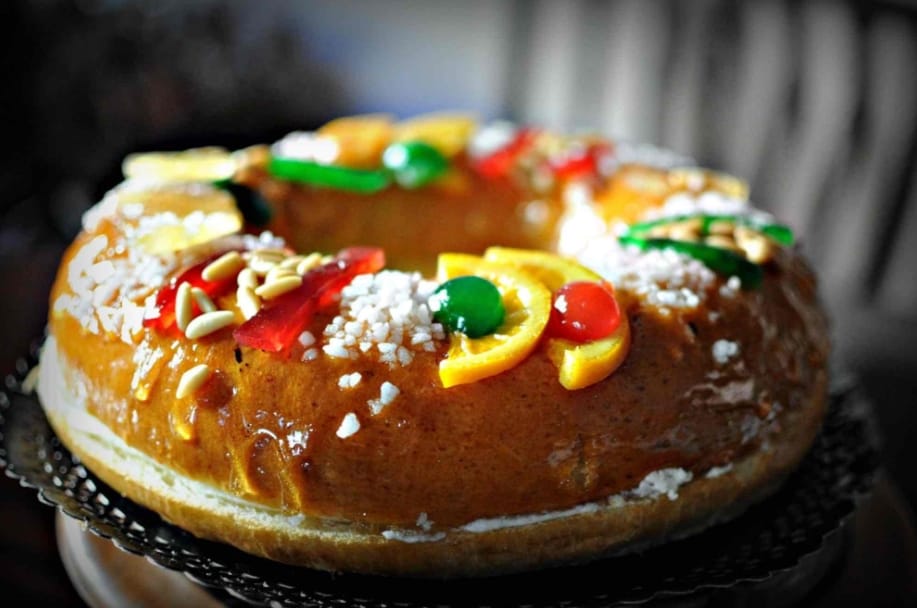 The Three Magic Kings or the Three Wise Men

This is one of the most beautiful and magic nights for children in Catalonia and Spain. As we mentioned before, kids get to have presents “given” by the Christmas log (Tió) on the 25th. And some more presents are also brought by Santa Claus, who has been arriving to town on recent years. However, the biggest day -or night, actually- when it comes to Christmas presents is the 5th of January. That’s the night when the Three Magic Kings come to bring presents to all the children, who will find them on the next morning. There will also be a lump of coal made of sugar for those kids who haven’t behaved properly during the previous year. On the evening of the 5th, the Magic Kings have a parade on every city (remember, they are magic so they can do it) and all the kids go to see them and their helpers, the pages, who help collect the kid’s wish-lists.

As you can see, there are many Christmas traditions and fun things to do on this season in Barcelona, so don’t miss it! Book one of our apartments and live a different festive season while feeling at home.