Mecal is the International Short Film and Animation Festival of Barcelona which celebrates inspiring, inventive and distinctive filmmaking. In 2016 Mecal celebrates its 18th edition and is set to screen over 350 short films from 38 different countries. With more than 5500 short films submitted and 350 works screened in the last edition, Mecal has already become one of the most important festivals of its field in Spain, as well at European and international levels.

Taking place from March the 10th until April the 3rd, participants are offered the opportunity to vote for the best title from each of the four categories: international, documentary, animation and oblique. Winners from each category will automatically be longlisted for a Goya Award—the Spanish equivalent of the Oscars.

The festival also will run a series of workshops and classes where visitors can learn from industry professionals. Topics this year include sessions on animation, crowd funding and audiovisual media.

Mecal will take place at selected venues across the city including the CCCB, the MACBA and the Centre Arts Santa Mònica. 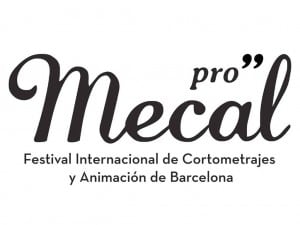 shows and concerts in Barcelona