Gabriel Casas is one of Spain’s most important photographers. Born in Barcelona in 1892, he was active between the wars and during the Spanish civil war, of which he was an important documenter. Like many other artists of the inter-war period, Casas turned to photography as a powerful method of communication and of capturing modern industrial society at a time when the face of Catalunya, and Barcelona in particular, was changing rapidly due to industrialisation.

Working as a photojournalist, Casas had a successful career until the beginning of the Franco era, when he was prosecuted, incarcerated and banned from the media due to his political beliefs.

Casa was also one of the first artists to bring the innovative New Vision photography movement from Germany to the Iberian Peninsula. Yet he remains relatively unheard of outside of Catalunya and Spain.

A new retrospective at the Museu Nacional d’Art de Catalunya (MNAC) is set bring the work of Casas to a new audience. The exhibition at the MNAC showcases 120 of his works dating from 1929 to the end of the Spanish Civil War in 1939.

The exhibition opens on the 22nd of April and runs until the 30th of August 2015. 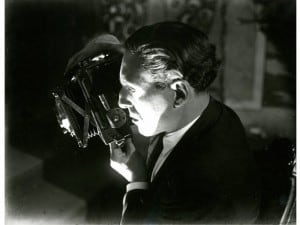